It’s often said that the best way to honor the memory of a loved one is not by dwelling in despair, but by living on as they would’ve wanted. It’s harder to say whether Britain’s Channel 5 considers the recently deceased Queen Elizabeth II as a close loved one. But if so, the broadcaster has found an especially unique means to carry on amidst a mass outpouring of emotion over the Queen’s death.

While every other British channel paused their regularly scheduled programming on Monday to screen Her Majesty’s funeral, Channel 5 concocted their own tribute: a screening of The Emoji Movie. Yes, The Emoji Movie, a film Jordan Peele once said convinced him to quit acting sheerly based on an offer to star in it. This is a film that, in his review for The A.V. Club, Vadim Rizov describes as “Inside Out crossed with a Sony commercial and dunked in toxic ooze.” This is a film where Patrick Stewart plays a poop emoji…O.K., you get the point.

Channel 5, per Entertainment Weekly, was the only major U.K. broadcaster not screening the service, save for a documentary on Her Majesty that Channel 4 aired in the funeral’s stead. After The Emoji Movie concluded, Channel 5 also showed children’s favorites Ice Age: Dawn of the Dinosaurs and Sing. An attempt at counter-programming makes some sense, but given that even X-rated British channels with names like “babes&brazzers” relegated their usual lineups, a major broadcaster forgoing coverage altogether is irregular.

Adding to the irregularity of the whole scenario, of course, is the overt randomness of The Emoji Movie for the Queen’s Memoriam (at least play Paddington 2!) However, this is actually not the first time a whole country has awarded the film a special place in their history. In 2018, Saudi Arabia lifted a 35-year ban on movie theaters with a screening of the same film. Clearly, the two countries’ governments (also primary trading partners to each other) deal in cinematic taste as well as goods. 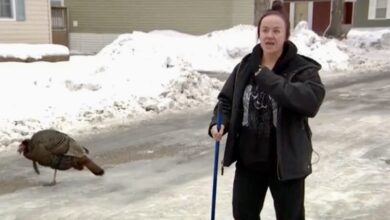