Residents of a mobile home park in Coon Rapids, Minnesota are in a heated battle with a wild turkey that has taken up residence in their neighborhood. This mischievous bird appeared around Thanksgiving 2021 and hasn’t left since, becoming more aggressive as the months have gone by.

“This turkey has literally taken over our life,” said Rachael Gross, a resident of the park. She goes on to describe how the turkey attacks her every day, follows her, goes up her stairs, and even tries to enter her home. It even follows her car when she leaves.

The wild turkey has not only been a nuisance to Rachael but to the entire community, it has attacked people, pecked at tires and chased cars. Emily Ahlsten, another resident, is worried about the safety of the children in the park, as well as the turkey’s potential to harm someone.

The residents have reached out to the Department of Natural Resources for help, who have offered suggestions like removing bird feeders or chopping down branches where the turkey nests. But, these measures have not been effective, and others in the mobile home park still have bird feeders.

The Department of Natural Resources website suggests that the best defense against aggressive or persistent turkeys is to prevent the birds from becoming habituated in the first place by being bold to them. Everyone in the neighborhood must do the same; it will be ineffective if you do so only on your property. Each and every turkey must view all humans as dominant in the pecking order and respond to them as superiors rather than subjects. Habituated turkeys may attempt to dominate or attack people that the birds view as subordinates.”

“It’s not safe for anybody including the turkey so I would just like it to be relocated to a place it could be with other turkeys and not be a nuisance to people or potentially hurt somebody,” says Ahlsten.

Trapping and relocating “nuisance” turkeys is not an option. The methods used to trap turkeys in remote areas are often impractical or ineffective in urban or suburban areas due to safety or disturbance. Released turkeys may also continue their inappropriate actions where they are released or may move substantial distances to other suburban sites.

The residents of the mobile home park are left with a wild turkey that has taken over their lives and they are at a loss of what to do. Will they ever be able to have a peaceful life again? Only time will tell. 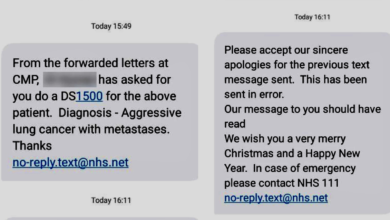